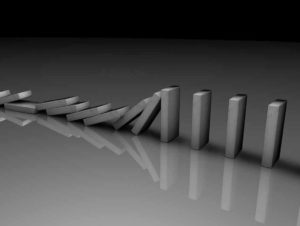 Even more favorable rates have unleashed a fresh wave of refinancing activity during H2-19.

Borrowers have been enjoying a low interest rate environment for some time. Yet the Fed’s last 3 rate cuts in H2-19 have stoked a surge in refinancing activity.

The Federal Reserve kicked off the first of three rate cuts in late July, which subsequently pulled commercial real estate lending rates lower in the third quarter. Notably, the 10-year Treasury dropped by 50 basis points in August to a near cyclical record low of 1.47%. The favorable rates have unleashed a fresh wave of refinancing activity. Borrowers are paying off loans early to take advantage of the low rates.

For example, some of the 10-year loans that were done 7 years ago were done at 5.5 % or so, whereas borrowers now have an opportunity to refinance at sub-4%. So, the math on that is pretty simple, even if you factor in a small pre-payment penalty for an early exit.

The current refinancing activity is widespread across asset classes. For example, Fitch Ratings noted that the pace of defeasance on CMBS 2.0 loans surged following the July rate cut, with Q3-19 volume that totaled $3.92 billion. Overall, the 2019 defeasance volume for CMBS 2.0 deals through the third quarter was on par with the full-year 2018 activity at $10.9 billion.

Other data sources show a similar spike in activity. The Mortgage Bankers Association reported that the volume of commercial/multifamily mortgage originations in Q3 jumped 24% year-over-year, according to its most recent quarterly survey of commercial/multifamily mortgage originations. Research firm Real Capital Analytics reported an even higher increase on year-to-date refinancing transactions through the first three quarters that was up 63% year-over-year.

Spreads have narrowed.  For example, there was a window in Q3 where some uncertainty on reaching lending caps caused Fannie and Freddie to widen spreads in order to slow lending volume. However, agency spreads have narrowed and, along with the Feds’ rate reduction, it remains a very low rate environment.

Current refinancing deals are offering more than just savings on lower rates. Borrowers are taking advantage of other benefits when refinancing deals. Some are shifting to non-recourse, moving out of short-term floating debt and into longer-term fixed-rate financing, or getting longer interest-only periods, which helps to drive cash flow and returns.

Many owners are also using refinancing as a means to pull equity out of a property in cases where values have increased. That strategy has become a popular alternative to selling assets in the current market, where it has become more challenging to redeploy capital into new real estate investments.

If you’re sitting on an asset and you don’t intend to sell, it’s an opportune time to term-out at more attractive financing.  Debt markets also appear to be marking properties at higher valuations than an owner could get in the sale market, so there is somewhat of an arbitrage there with a cash-out refi.

In addition to the low rates, borrowers are continuing to enjoy a highly competitive lending market where lenders are working hard to retain or win refi business with both economic and non-economic terms.

The downside of the recent flurry of activity is that it’s likely pulled some refinance business forward into 2019. Potentially, the loans being refinanced then could result in a thinner pipeline of deals next year, 2020.  However, it is difficult to say what the net affect might be on origination activity in 2020. Certainly, there are other drivers of demand, such as acquisitions and construction activity, which could remain robust and contribute to strong overall lending volumes in the coming year.

Interested in evaluating your CRE loan for refinancing?  Don’t miss the boat!  Give us a call.

LET US REASSURE YOU, IT’S NOT INTENDED TO BE DISCRIMINATORY

Counsel Mortgage Group®, LLC takes your privacy very seriously and will not share any information about you to any other person or third party.

Your transaction and personal information is important to us as it is to you.